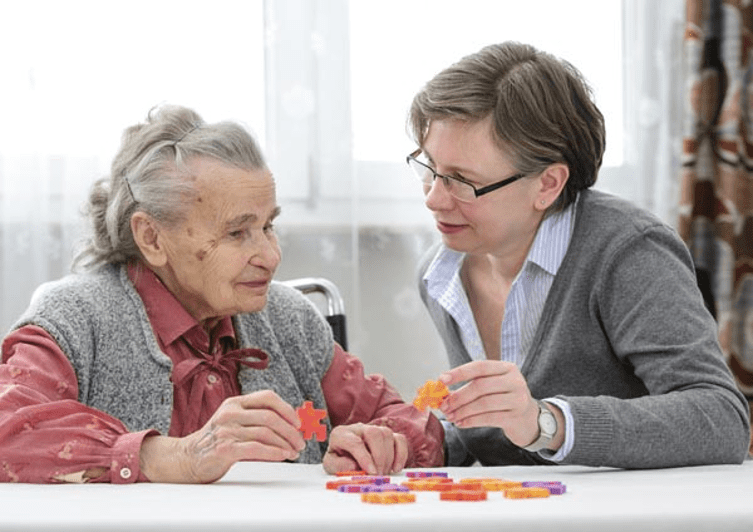 When you are living in Chicago, Dementia can be overwhelming not only for those diagnosed with it, but also for their caregivers and loved ones. So, it’s very important for those dealing with the disease in the Chicago area should understand what dementia is. Dementia is a progressive disease that can affect a person’s memory, thinking, and behavior, ultimately affecting their ability to perform everyday activities. According to the World Health Organization (WHO), people living with dementia is estimated at 50 million and is expected to triple by 2050.

Alzheimer’s and dementia are not a normal part of aging.

“It’s always interesting how many people think that it’s a normal part of aging,” said Heather Snyder, PhD, Director of Medical & Scientific Operations at the Alzheimer’s Association. “Of the estimated more than five million people living with Alzheimer’s disease [in America], roughly half do not receive a diagnosis.”

While there are risk factors for dementia—age, gender and genetics—a study by Alzheimer’s Disease International notes that there are other risk factors in life such as depression and sleep disorders that can also have an impact. A diagnosis of dementia, while devastating, can help you and your family plan appropriately. It’s important to recognize symptoms of dementia, however, some signs may be a diagnosis of something easily treatable such as side effects from a medication or an ailment of another organ. Memory loss can be attributed to other illnesses or issues, so it is recommended that you or a loved one see a doctor if there are signs of dementia.

“If we can all enter old age with better developed, healthier brains we are likely to live longer, happier and more independent lives with a much reduced chance of developing dementia,” concluded the authors of the World Alzheimer Report 2014 by Alzheimer’s Disease International.

Although increasing awareness for dementia and Alzhiemer’s is on finding a cure, it should also be noted that the number of people living with dementia is significant and the ripple effect it has on caregivers can be stressful. The Alzheimer’s Association estimated that in 2014, unpaid family and friends provided 17.9 billion hours of care to someone living with Alzheimer’s or another dementia.

The Fisher Center for Alzheimer’s Research Foundation lists the 10 signs of caregiver stress:

It’s not selfish to care for yourself because your well-being is critical to your ability to continue being a caregiver. If you are experiencing any of these signs, there are many resources for family caregivers that might help with balancing the various stressors.