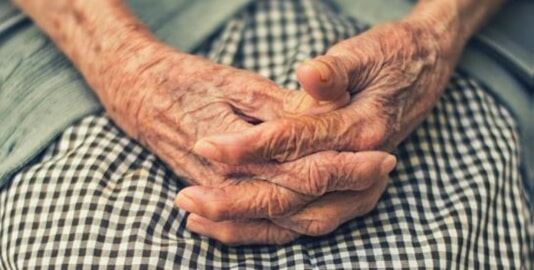 According to the World Health Organization (WHO), elder abuse is defined as "a single, or repeated act, or lack of appropriate action, occurring within any relationship where there is an expectation of trust which causes harm or distress to an older person".

Elder abuse has emerged as an important social public health issue. It is reported that 1 in 10 elderly adults experience some form of abuse. But … with only 1 in 24 cases of elder abuse being reported, true numbers are likely much higher. Sadly, with the increasing aging population worldwide, the problem of elder abuse is likely to increase exponentially too. By 2050, the global population of 60+ adults are predicted to more than double to 2 billion from 900 million in 2015.

Most victims of elder abuse are women, but typically any elderly person who has no family or friends are easy targets; those who most likely suffer from some sort of physical disability, memory loss, or dementia; and those who depend on others for help with activities of daily living (ADLs) such as bathing, dressing, and medications.

When you hear the term “elder abuse,” you might automatically think of physical abuse. However, abuse can also be emotional or psychological abuse, sexual abuse, neglect or abandonment by caregivers, financial exploitation, healthcare fraud abuse, and self-neglect.

The following are examples of abuse as depicted on the National Institute on Aging’s website. See if you can detect the kind of abuse being illustrated.

Gerald, 73, had a stroke which left him unable to care for himself. His son offered to help. Gerald moved in with his son and his family. But … Gerald's son and daughter-in-law worked all day and were busy with their kids in the evenings. Gerald hated being a burden on them and tried to take care of himself.

One day, Gerald's friend, Carmen, came to visit. She was surprised to see food stains on his clothes and sores on his heels. His room smelled like urine, too. Gerald seemed depressed and withdrawn — not at all like the jolly, witty friend she'd known for years.

Gerald was being neglected by his family caregivers by leaving him alone (to fend for himself) during the day and not providing proper care for him (in the evenings) when they were home.

After his mother died, Victor started looking after his 80-year-old grandfather, Jasper. Because of his failing eyesight, Jasper could no longer drive to the bank. So, Jasper permitted Victor to withdraw money from the bank every month to pay bills. Lately, it seems the bank balance is lower than it should be.

Victor is abusing Jasper by taking advantage of his poor eyesight and financially exploiting him for his own benefit.

The State of Texas Attorney General’s office recommends that if you have a family member or know someone in long term care (i.e., assisted living, retirement community, memory care center, rehabilitation facility, etc.) and you suspect an abusive situation taking place, please discuss the matter with the administrator of the community or home health agency. If you have specific information of a situation where abuse, neglect or exploitation has taken place, you are required by Texas law to report it. If the victim is in his/her home and a home health agency is involved, please call the Texas Department of Aging and Disability Services at (800) 458-9858. Or … you can call Adult Protective Services at (800) 252-5400.

Ready to Speak with an Expert?
Homewatch CareGivers is Here to Help. Contact Us Today!