Parkinson’s disease affects around 7 to 10 million people around the world. It is a progressive disease with a wide range of symptoms that makes what each sufferer experiences unique. Although many people have Parkinson’s disease, or may have a family member with it, not everyone has a good understanding of the disease.

April is Parkinson’s Awareness month, and the theme for this year is #KnowYourPD. As a home care provider that helps people with Parkinson’s, we want to support this initiative, and help you and your family learn more about this disease. Here are 3 surprising facts you may not know about PD.

Parkinson’s disease is best known for its mobility issues. When we think of Parkinson’s, we tend to think of tremors and difficulty moving around. What our caregivers have learned over the years, is that Parkinson’s is host to a number of other symptoms, many of which are much more difficult to deal with than the tremors.

Most of the symptoms that are hard to deal with are mental health ones. Common symptoms include insomnia, anxiety, and depression. These symptoms are often much more difficult for patients to manage than tremors.

Part of motor function loss is that muscles all over the body don’t work as well as they should. This includes facial muscles. While many people don’t think about what this means in detail, one common problem for people with Parkinson’s is that they look angry, even if they aren’t.

This is because it can be hard for people with PD to move their facial muscles, making it difficult to smile, and keeping their face stiff. Mental health problems are also common with Parkinson’s disease, but what we’ve discovered is that it’s best to check up with a PD patient verbally if you’re not sure about their mood.

3. Small handwriting and loss of smell are the first symptoms

The first symptoms of Parkinson’s disease often come long before the tremors and mobility issues. According to the Parkinson’s Foundation, the most common first symptoms include small or crowded handwriting, and loss of smell for foods like bananas or dill pickles.

This symptom can occur years or even decades before tremors and other more iconic symptoms set in. If you have lost your sense of smell and are wondering if it is a sign, it is best to get checked by a doctor. This is a common symptom of Parkinson’s disease, but it’s also a common symptom for a lot of other diseases too. A doctor can help you figure out what’s going on in your case.

Parkinson’s disease affects millions of people around the world. By learning more about this disease, we can learn how to cope, as well as to support those in need. We believe that families and people who have Parkinson’s should be able to get the help that they need, and that everyone should know how to support those with Parkinson’s.

For more information, or to get help for a family member with Parkinson’s disease, contact the experienced caregiving team at Homewatch CareGivers of Overland Park today. 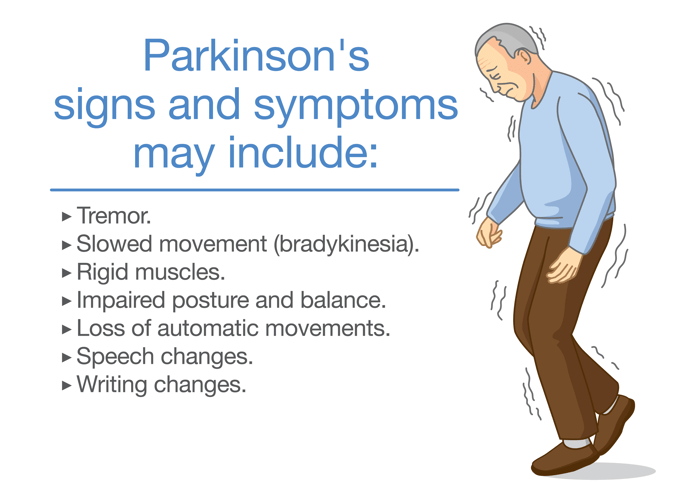